On 22 December the Pope in an address to the Roman Curia made some comments on the importance of children. Here is an extract:

‘A child needs loving attention. This means that we must give children some of our time, the time of our life. But precisely this “raw material” of life — time — seems to be ever scarcer. The time we have available barely suffices for our own lives; how could we surrender it, give it to someone else? To have time and to give time – this is for us a very concrete way to learn to give oneself, to lose oneself in order to find oneself.

‘In addition to this problem comes the difficult calculation: what rules should we apply to ensure that the child follows the right path and in so doing, how should we respect his or her freedom? The problem has also become very difficult because we are no longer sure of the norms to transmit; because we no longer know what the correct use of freedom is, what is the correct way to live, what is morally correct and what instead is inadmissible.

‘The modern spirit has lost its bearings, and this lack of bearings prevents us from being indicators of the right way to others. Indeed, the problem goes even deeper. Contemporary man is insecure about the future. Is it permissible to send someone into this uncertain future? In short, is it a good thing to be a person? This deep lack of self assurance — plus the wish to have one’s whole life for oneself — is perhaps the deepest reason why the risk of having children appears to many to be almost unsustainable.

‘In fact, we can transmit life in a responsible way only if we are able to pass on something more than mere biological life, and that is, a meaning that prevails even in the crises of history to come and a certainty in the hope that is stronger than the clouds that obscure the future.

‘Unless we learn anew the foundations of life – unless we discover in a new way the certainty of faith — it will be less and less possible for us to entrust to others the gift of life and the task of an unknown future.

‘Connected with that, finally, is also the problem of definitive decisions: can man bind himself for ever? Can he say a “yes” for his whole life? Yes, he can. He was created for this. In this very way human freedom is brought about and thus the sacred context of marriage is also created and enlarged, becoming a family and building the future. 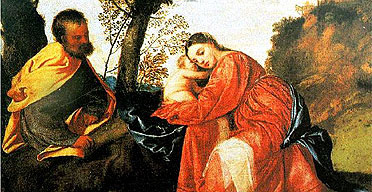 ‘At this point, I cannot be silent about my concern about the legislation for de facto couples. Many of these couples have chosen this way because — at least for the time being — they do not feel able to accept the legally ordered and binding coexistence of marriage. Thus, they prefer to remain in the simple de facto state. When new forms of legislation are created which relativize marriage, the renouncement of the definitive bond obtains, as it were, also a juridical seal.

‘In this case, deciding for those who are already finding it far from easy becomes even more difficult. Then there is in addition, for the other type of couple, the relativization of the difference between the sexes.

‘The union of a man and a woman is being put on a par with the pairing of two people of the same sex, and tacitly confirms those fallacious theories that remove from the human person all the importance of masculinity and femininity, as though it were a question of the purely biological factor.

‘Such theories hold that man — that is, his intellect and his desire — would decide autonomously what he is or what he is not. In this, corporeity is scorned, with the consequence that the human being, in seeking to be emancipated from his body — from the “biological sphere” — ends by destroying himself.

‘If we tell ourselves that the Church ought not to interfere in such matters, we cannot but answer: are we not concerned with the human being? Do not believers, by virtue of the great culture of their faith, have the right to make a pronouncement on all this? Is it not their — our — duty to raise our voices to defend the human being, that creature who, precisely in the inseparable unity of body and spirit, is the image of God?”‘

[Picture credit: Rest on the Flight into Egypt by Titian (Longleat Estate).]