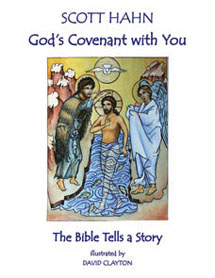 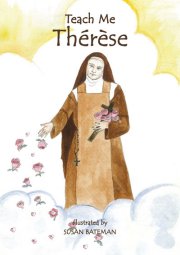 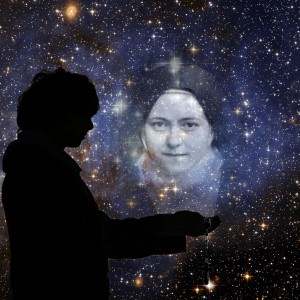 Issue 11 of Second Spring is now published, and so is Stratford Caldecott’s book Beauty for Truth’s Sake, but that’s not all. In the Catechesis section of this site you will find information about a new book by SCOTT HAHN called GOD’S COVENANT WITH YOU, beautifully illustrated by David Clayton, and also one on St Therese of Lisieux called TEACH ME THERESE, illustrated by Susan Bateman, which we are producing in honour of the visit of the saint’s relics to England at the end of this month. These are the latest books in the Second Spring Catechesis series.  Leonie Caldecott has also written a new CTS booklet about the Spiritual Children of St Therese (including Jack Kerouac and Dorothy Day!).  But there is more!  A musical mystery play about St Therese. Read on…

“Every genuine art form in its own way is a path to the inmost reality of man and of the world. It is therefore a wholly valid approach to the realm of faith, which gives human experience its ultimate meaning. That is why the Gospel fullness of truth was bound from the beginning to stir the interest of artists, who by their very nature are alert to every “epiphany” of the inner beauty of things.” –John Paul II

In many ways theatre is the ultimate forum for the “epiphany” that Pope John Paul II refers to here in his Letter to Artists, which is why the playwright-pope was so fond of this medium.  Using both the visual and aural senses, poetry and music, performed in real time with real people, thus echoing the liturgical action of the Church, it is in many ways the Queen of the arts.  We at the Centre for Faith and Culture, in collaboration with the Oxford Oratory, are attempting to rise to Wojtyla’s challenge on the occasion of the visit of the relics of St Therese to the UK.  Leonie Caldecott has written “Divine Comedy: A Theresian Mystery Play” in order to engage people of all walks of life, but especially young people, with the life, mission and charism of this “greatest saint of modern times”.

The play unfolds in the context of a very modern situation, a love story gone wrong, and a hero who, like Dante in the Divina Commedia, finds himself lost in a dark place where he can’t see the wood for the trees.  To his rescue comes a mysterious young woman who calls herself the Doctor.  She offers to help him find the girl he loves, on condition he consents to do a bit of time travelling with her on the way.  They go back 136 years to a small town in Normandy, France, and watch the life-story of a girl called Therese.  What relevance can the life of this over-protected nineteenth-century girl have for the problems faced by young people in the 21st century?  Daniel is about to find out.  En route he witnesses both heaven and hell, and discovers the true meaning of purgatory.  But through it all, only one thing really matters.  Can he find it in his heart to truly love another person?

Divine Comedy is being performed in the beautiful church of the Oxford Oratory, using all the parts of the church, as in traditional mystery plays, to embody the unfolding drama.  It is directed by Tessa Caldecott, who previously directed A Winter’s Tale with the Durham Shakespeare Company. The cast are drawn from parishioners and young people attending local schools.  It will run from the 30th September, the night of St Therese’s death, through her feast on the 1st October, to Friday the 2nd October.  Perfomances are at 8.00pm and tickets cost just £5.00 each (£3.00 for concessions), available from the Oxford Playhouse and through oxfordoratory.org.uk.  Book now!