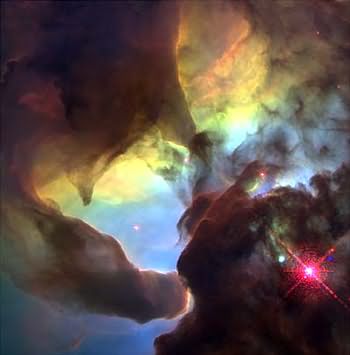 In every age of the world, most educated people have believed the world is pretty much understood. Sure, there are a few fuzzy areas, but the priests/ scientists/ experts know everything that’s worth knowing except a few details. They thought that Aristotle knew it all, before the Scientific Revolution hit, and they thought Newton knew it all, but then along came Einstein. Now, according to those who follow Neils Bohr, quantum mechanics understood according to the Copenhagen interpretation is “the end of the road”. I wonder.

I recently heard the lady astronomer who discovered Pulsars confessing that the whole expanding-universe theory (red shift and all that) is beginning to feel like the old Ptolemaic epicycle theory of planetary movement – a description that generated more questions than answers, and was eventually swept away by Galileo and Kepler. Today, in order to explain the observed movements of galaxies, we have to postulate that the bulk of the universe is made up of ‘dark matter’ and ‘dark energy’ that we cannot observe or detect. She concluded that we may be on the brink of another ‘paradigm shift’ in which a completely new explanation comes along to blow our epicyles out of the water.

In the mysterious world of the human genome, something similar is going on. Human DNA forms a molecular ‘book’ of three billion ‘letters’ around two meters long, coiled up within each cell. The script was analysed in the year 2000, marking the new millennium as – perhaps – an age of biotechnology. But at first it seemed to geneticists that 98.5% of that genetic book was completely useless. It was disdainfully (and arrogantly) termed ‘junk’ DNA, and written off as accidental duplication, more evidence of evolution’s wasteful randomness. Now everything is changing again. A closer look reveals how crude that understanding had been, and how much every tiny fragment contributes to the whole.

In physics, again, the multiplication of fundamental particles is getting beyond a joke. Atoms once thought to be indivisible were broken into every smaller and complicated fragments until a whole universe of complicated and paradoxical entities was revealed. The Large Hadron Collider to be turned on in Switzerland during 2008 will be the biggest particle-smasher of all time. Created in part to search for the Higgs Boson, or so-called ‘God particle’ needed to explain how the other particles gain mass, it is almost certain to turn our knowledge of the subatomic world inside-out yet again.

The science fiction writer Isaac Asimov once wrote: “I believe that scientific knowledge has fractal properties; that no matter how much we learn, whatever is left, however small it may seem, is just as infinitely complex as the whole was to start with. That, I think, is the secret of the Universe.” He may be right. The universe is created by a God who stands beyond every infinity. Why should it not to bear a resemblance to him, even in its mysterious depths? [S.C.]

MESSING AROUND WITH HUMAN EMBRYOS

In the light of the above, what are we to make of the the draft Human Tissue and Embryos Bill, now before the British Parliament? Under the terms of the Bill, scientists will be allowed to create three different types of human-animal embryos or ‘chimeras’, according to the Catholic Herald newspaper in a front page article.

‘The first type – the chimeric embryo – is made by injecting cells from an animal into a human embryo. The second, the human transgenic embryo, involves injecting animal DNA into a human embryo and the third – a cytoplasmic hybrid – is created by transferring the nuclei of human cells, such as skin cells, into animal eggs from which almost all the genetic material has been removed. The Bill does not allow the creation of ‘true hybrids’ by fusing the egg and sperm of humans and animals and stipulates that human-animal embryos must be destroyed after two weeks.’

How long those restrictions will last, if the Bill is passed, is anyone’s guess. As the Bishops point out, the same Bill relaxes present restrictions on the storage of human embryos (from 5 to 10 years). An important and lucid paper on the issue is available from the Linacre Centre, the Church’s medical ethics think tank in London, or you can go directly to the paper from here.

We are happy to be able to tell you that the publishing imprint ‘Second Spring Books‘ has now been established by Thomas More College, the publisher of our print journal. The list will not begin to take shape until next year, but further announcements will be made as the College’s plans mature. The ninth issue of Second Spring is now in the editing stages and should be available before Christmas. It is our first explicitly ‘thematic’ issue: the theme is ‘The Genius of Women.’ If you want to pre-order, please contact the subscriptions office at Thomas More College.