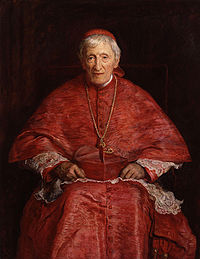 On 19 September, Pope Benedict beatified the Venerable John Henry Newman at Cofton Park, Birmingham. Newman’s ‘Second Spring’ sermon of 1852 was the inspiration for the title of our journal and web site. It prophesied a resurgence of faith in England, a new springtime, albeit ‘an English spring’ full of cold winds and sudden showers mingled with the sunshine.

So it has proved to be. Great writers such as Chesterton and Dawson and Tolkien arose in England, but with the advance of secularism since the Second World War and in the late twentieth century, a ‘new evangelization’ has been called for, by both Popes John Paul II and Benedict XVI. Pope Benedict, indeed, has recently founded a Pontifical Council for the New Evangelization, and has invited the Bishops of the United Kingdom to make use of its services.

In the very chapel at Oscott where Newman preached in 1852, the Pope spoke of ‘the urgent need to proclaim the Gospel afresh in a highly secularized environment’. We at Second Spring Oxford offer our work for this intention also, bringing the Good News to people in our own way, by writing, editing, publishing, lecturing, drama and teaching, in charity and integrity as best we can.

In beatifying John Henry Newman, the Pope was raising to the altar a man whose life speaks to us of holiness achieved through friendship and patient prayer and the service of God. To live is to change, Newman himself tells us, and to be perfect is to have changed often. Walking with God changes us.

Newman offered himself to God and the gift was accepted. He knew that “Whatever, wherever I am, I can never be thrown away. If I am in sickness, my sickness may serve him; in perplexity, my perplexity may serve him; if I am in sorrow, my sorrow may serve him.” God does nothing in vain, he “knows what he is about”. He has appointed to each of us a mission and a purpose that we may not realise we have fulfilled until we leave this world behind.

Why did Pope Benedict come so far to beatify Newman? Perhaps because this message is precisely what we need to hear at this moment. And because we need a father to remind us of it. We are called to be saints, in our place and time, despite living in a world where the very notion of a “saint” has become strange and, to many, not merely remote but unintelligible. It is up to us to make the notion of blessedness and sanctity once again meaningful in our world.

And it begins with prayer. God wants our friendship in prayer, the Pope said; “and once you enter into friendship with God, everything in your life begins to change. As you come to know him better, you find you want to reflect something of his infinite goodness in your own life.”

The latest issue of the Second Spring print journal is devoted in large part to the Theology of the Body – understanding the Church’s teaching on gender, marriage, childhood, sexuality and so forth. Another issue is currently in preparation. Details of how to subscribe or buy back issues can be found in the Journal section. A list of Second Spring books can be found in the Books section. Next month we’ll be talking about MAGNIFICAT.