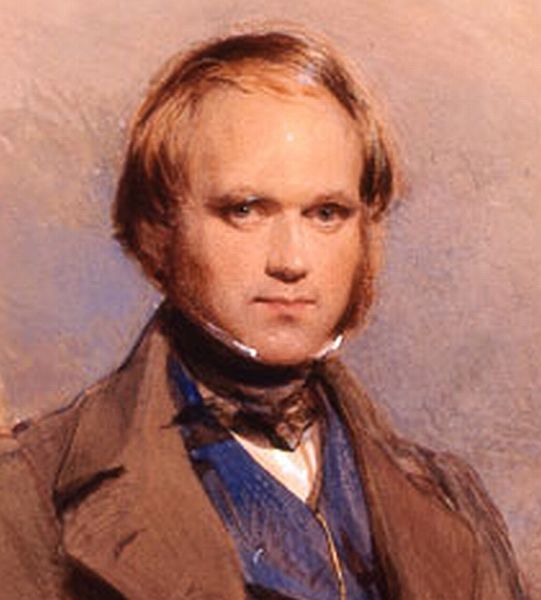 This month being the 200th anniversary of the birth of Charles Darwin, most of us are already tired of the theory of evolution. Yet it goes to the heart of the modern world, and as such this web-site cannot let the moment pass without adding to the festivities. I recommend the articles you will find in the “Darwin” issue of Philosophy Now magazine (Jan/Feb 2009). Among them is an enlightening piece by Prof. Massimo Pigliucci. In it he writes:

“Just as the Standard Model in physics is undergoing challenges and revisions (think of string theory, for one), so is the Modern Synthesis in evolutionary biology being challenged. An increasing number of scientists – including yours truly – have grown dissatisfied with the fact that the current version of the theory does not adequately address many important questions. These include the role of developmental processes in evolution, the origin of completely novel traits (such as the turtle’s shell, for instance), the increasingly-plausible possibility of so-called ‘soft’ inheritance (ie, mechanisms of heredity that do not depend on DNA), and even whether and how the propensity to evolve – the so-called ‘evolvability’ of a lineage – can change during the course of evolution.

“Moreover, some evolutionary biologists think evolution is a much richer phenomenon than the Modern Synthesis allows, and includes the ability of natural selection to act not only on individual organisms, but at both lower (gene) and higher (species) levels. Perhaps more speculatively, but also most interestingly, some of us are pursuing research that for the first time since Darwin looks seriously at the possibility that natural selection may not be the only natural mechanism generating complexity. Intriguing mathematical models borrowed from complexity theory suggest that intricate forms and behaviors may be generated ‘for free’ as an emergent property of certain types of non-linear systems, of which living organisms are but one example (other examples include meteorological phenomena such as hurricanes, and computer-based algorithms, such as the appropriately named game ‘life’).”

The scientific status of the theory of evolution is therefore more complicated than we are often led to believe. We should beware of those who seek to turn it into a monolithic dogma to oppose Christian or other religious beliefs. My own summary article on the question can be found here. As Richard Dawkins retires as Professor for the Public Understanding of Science at Oxford, and is replaced by the mathematician Marcus du Sautoy, with any luck we will find ourselves moving into a “post-Dawkins” phase of the debate about religion and science. Du Sautoy is an atheist but a much less militant one than Dawkins. In a calmer atmosphere we may perhaps reflect on the debate less in terms of the intellectual arguments but more in terms of what it reveals about our religious imagination.

Our God is Too Small

For the whole debate may be less about ideas than about images. We are persuaded by the sheer size and complexity of the world revealed by modern science to abandon our image of a God who is personally concerned with one small corner of the universe and our insignificant species. Religious believers have often cultivated an image of God that seems inadequate to cope with the cosmos as a whole, including all the innocent suffering it entails. There seems little connection between the loving Jesus of private devotion, the warlike Jehovah of the Old Testament, and the implacable Law that determines the extermination of millions of lives in natural disasters. But we need to respond to the increased scale of the universe not by abandoning but by expanding our idea of God.

God stops making sense when our image of him is both too little and too big. Too little: – we think of him as just a BIT bigger than us, or than the universe as a whole, whereas in reality he is INFINITELY bigger. As the great theologians have always said, we know that God is, and we know what God is not, but we are fooling ourselves if we think we know what God is. (In that sense theology is an exercise in controlled folly.) But at the same time, our image of God is too big. By that I mean he is not just small enough to fit in our heads, he is INFINITELY small. He is within the within.

Perhaps what is missing in much religious formation is the vital instruction to look for God within ourselves. That is to be distinguished from identifying ourselves with God, or thinking that God is Myself. As G.K. Chesterton said, “Of all horrible religions the most horrible is the worship of the god within. Any one who knows any body knows how it would work; any one who knows any one from the Higher Thought Centre knows how it does work. That Jones shall worship the god within him turns out ultimately to mean that Jones shall worship Jones. Let Jones worship the sun or moon, anything rather than the Inner Light; let Jones worship cats or crocodiles, if he can find any in his street, but not the god within.”

No, what I mean is that we need to discover God at the root of ourselves if we are discover him anywhere at all. Within ourselves, but beyond the self, is the living presence of the God who creates all things from the inside out. That is the God who is closest to us, whose reality is most evident. When we are tormented by the problem of evil, or uncertain about the meaning or value of Scripture, there are voices in our head that say, “You know it doesn’t really make any sense!” But there is a much quieter voice we need to learn to hear that whispers, “Just be patient and trust, and I will lead you to what you need to know.” That quieter voice is harder to hear because it comes from a deeper level – not from the self but from beyond the self.

The Two Halves of God

The secret of religious faith is when we manage to put the two halves of God together – to see and feel the connection between the inner God and the outer God. The outer God is so much bigger than anything that exists that even the word “exists” can only be applied to it with inverted commas. This is the God whose watermark runs all through the world in the form of a beautiful order – the same order that science has partially explored, the order that determines the rain to fall on the good and the bad alike, the order by which a man may give thanks for his bread, but the parasite may also give thanks for the warm body on which it feeds in the dark. How can we relate to that God, unless we know that it is also the God that creates us from within, that we find within ourselves, at the origin of our own minds, the source of all our consciousness and love? THAT God, who is the same God because ultimately there can only be one, is a God we can communicate with.

The Christian faith pus the two halves of God together in a particular way. The inner God and the outer God meet in Christ, who is outside ourselves yet inside the universe. More on that another time.

Growing Intolerance of Christianity in Britain

The newspapers in Britain have recently drawn attention to the case of a Christian nurse suspended for offering to pray for an elderly patient (or, in Newspeak, ‘failing to demonstrate a personal and professional committment to equality and diversity’!) – and then reinstated after the absurdity of it was pointed out in the House of Commons. It was then revealed that the National Health Service has also issued guidelines that define all attempts to ‘preach and to try to convert other people’ in the workplace as a form of harrassment. Similar stories continue to emerge which appear to indicate increasing intolerance towards those who speak of Christianity in public. Put this together with the following comment (Telegraph, 8 Feb 09), and we may have further reason for concern:

“The evidence is growing by the week that the Government is creating a surveillance state. It was confirmed yesterday that a database containing the international travel records of all citizens is being compiled; and Jacqui Smith, the Home Secretary, is drawing up plans to keep similar details of every phone call and email that is sent. In addition, the records of all children are to be held on a system called ContactPoint, a national ID database is currently being developed, all health records currently held by GPs will be centrally available and a database of DNA profiles, ostensibly for criminals, is being built by stealth. Meanwhile, the ubiquitous CCTV cameras in every public space make personal privacy increasingly hard to maintain.”

It is of course true that some forms of proselytism are objectionable and do amount to harrassment. But there is also a danger that such rulings may be used as an excuse to suppress any religious talk at all. That would be a shame, because nothing is more interesting to most people than the meaning of life. And if you believe something is true, good and beautiful, the natural reaction is to want to share it – to help others to see it too. This certainly applies to Christians, who are in any case obliged by their faith to evangelize. The point is always to do it tactfully and prudently, in a way that does not offend and alienate others.

The NHS document (‘Religion or Belief’) can be downloaded from here. It includes some interesting statistics on religious belief in Britain – between 1996 and 2006, the proportion who claimed no religious allegiance rose from 42.6 to 45.8%. As one might expect, the biggest rises were among Muslims (from 1.8% to 3.3%) and non-denominational Christians (from 4.7% to 9.6%). The number of those who identified themselves as Roman Catholics rose very slightly from 8.9% to 9%, while other Christian denominations declined.

PS. I was recently appointed Senior Editor at Sophia Institute Press. My task is, while preserving the traditional Sophia strengths – its popular reprints, spiritual classics and self-help and transformational titles, as well as the successful new imprint for Catholic fiction, Imagio – to broaden the range to include more scholarly, though still accessible titles in keeping with Sophia’s developing role as a College Press. Read more…