Second Spring began as a magazine supplement in 1992 and at the dawn of the new century became the journal of the Centre for Faith & Culture in Oxford. Out of this grew Second Spring Oxford, founded by Léonie and Stratford Caldecott and managed by their daughter Teresa – a small consultancy devoted to the evangelisation of culture through events, education, and publishing.

Do also visit Stratford Caldecott’s related blogs: Beauty in Education and All Things Made New. Selected articles from these blogs also appear on the Imaginative Conservative site. 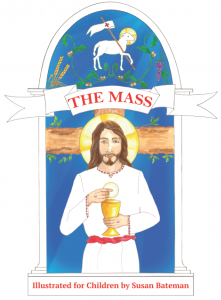 SECOND SPRING CATECHESIS  A new and improved edition of The Mass Illustrated for Children is available now! This popular missalette/colouring book is designed not just to keep a child quiet during Mass but as a rich resource for parents and catechists to use to explain what happens in the liturgy to young children – to stimulate both faith and imagination. £3.95, and discounts are available on orders of 25+.

And why not try some of the other titles in our colouring book series? Scott Hahn’s introduction to the Bible for children (God’s Covenant with You), and Meet the Angels are illustrated by David Clayton in the style of classical icons and illuminations, and are available for only £1.95 each, along with Teach Me Thérèse on the life of St Thérèse of Lisieux illustrated by Susan Bateman.

Books in the Second Spring Catechesis series are available in the UK by emailing [email protected], texting 07836 520597, or leaving a voice message on 01798 343718. If you are in the USA you can order via Thomas More College. 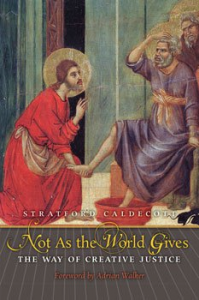 NEW BOOK ON CATHOLIC SOCIAL TEACHING  Stratford Caldecott’s long-awaited book Not As the World Gives: The Way of Creative Justice, is now available from Angelico Press, under the brand new Second Spring imprint!

Along with the prequel, The Radiance of Being: Dimensions of Cosmic Christianity, and other titles by Stratford Caldecott, Not As the World Gives is available for UK customers to purchase through us. Our catalogue and details of how to order are available here.

BEAUTY IN EDUCATION  Beauty in the Word: Rethinking the Foundations of Education, Stratford’s sequel to Beauty for Truth’s Sake, completing his study of the seven Liberal Arts, was published in 2012 with a Foreword by Antony Esolen. Education is in crisis, and new possibilities are opening up all the time, but any genuine reform will have to be based on an understanding of what education is for. Teachers and parents are invited to join our growing network to share ideas and discuss initiatives. Sign up to the mailing list here (and read an article on the whole project here). Angelico Press have a Facebook page for the book and related works that you can join to become part of the conversation. The book is available through Amazon. Read the interview. 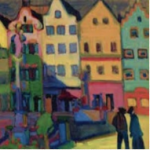 FREE ONLINE CULTURAL REVIEW  The eighth issue of Humanum, the free online book review journal of the Center for Cultural & Pastoral Research at the John Paul II Institute for Studies on Marriage and Family in Washington, DC, edited by Stratford & Léonie, is available here. Previous issues have looked at topics such as Technology in the Home, Absent Fathers, Artificial Reproductive Technology, Same-Sex Unions. These and other topics are examined through articles and book reviews by contributors familiar with the Christian anthropology of John Paul II. 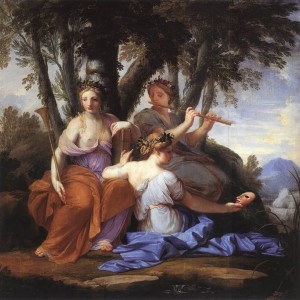 SECOND SPRING JOURNAL  The eighteenth issue of our flagship journal of Faith and Culture, on Sacred Drama, will be out soon! You can look forward to articles on the sacred origins of Theatre, Karol Wojtila, Dante, contemporary Christian Theatre, and more. The seventeenth issue, on  The Economy, includes readable articles by John Medaille, Edward Hadas, Michael Black, and others, with poetry by Megan Furman. As controversy rages around the critique of capitalism to be found in Evangelii Gaudium, read about modern Distributism in action, about the debate with Neoconservatism, and about the Crisis of the Corporation. Issue 16, Holy Vessels, was for all you Grail seekers out there, and included articles by Duncan Stroik, Margaret Atkins, Jerome Bertram CO, Margaret Truran OSB, Léonie Caldecott, and others. You can purchase back issues (including PDFs) from Thomas More College in the USA, or contact us at the Oxford office. The upcoming issue will have a focus on Theodrama (Theology and Theatre), and is edited by Léonie Caldecott. Find out how to renew or subscribe by emailing [email protected]

The CHESTERTON LIBRARY (Charity No. 1134101), curated by the Centre for Faith & Culture for several years, has now moved to the Oxford Oratory’s new study centre devoted to Newman and the Literary Revival. Academic and Christian interest in G.K. Chesterton is growing worldwide, and the study centre will contain a room dedicated to him where this unrivalled collection of books and memorabilia will be made accessible to scholars and visitors, although funds are still urgently required to finish the project and to shelve the books and display miscellanea. If you wish to become a supporter either of the Oratory Building project or the Library Trust itself, go to the Library page where relevant links are maintained.

HUMANITAS  This important international journal of Christian anthropology and culture, from the Pontifical Catholic University of Chile, is also available in a beautifully produced English language edition. The first five English-language issues reflect on the legacy of Pope John Paul II, Pope Benedict’s call for a broadening of human reason, the Year of Faith, Pope Francis (including a profound analysis of our cultural crisis from Archbishop Bergoglio), as well as lavishly illustrated articles on modernity, Hildegard of Bingen, Jean-Jacques Rousseau, and J.R.R. Tolkien. Each issue can be read online with free registration. Also now available for free download from the Humanum site is a Vademecum or Handbook of John Paul II’s anthropology, plus a selection of other useful and important documents from John Paul II and Benedict XVI.